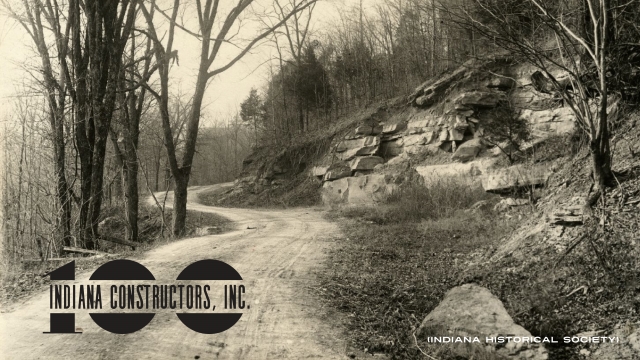 When we think of important transportation routes in America, we may think of railways, rivers, or interstate highways. Indiana settlement was only made possible through advancements in these fields.

What probably doesn’t come to mind are bison migration paths.

Hundreds of years ago, however, when North America was still largely untouched by European settlers, the best roads were created by animals. Europeans then followed these paths deep into North America, creating settlements along the way.

These settlements are the towns and cities we live in today.

Below is a brief overview of two of the earliest and most important routes in Indiana—Buffalo Trace and Michigan Road. 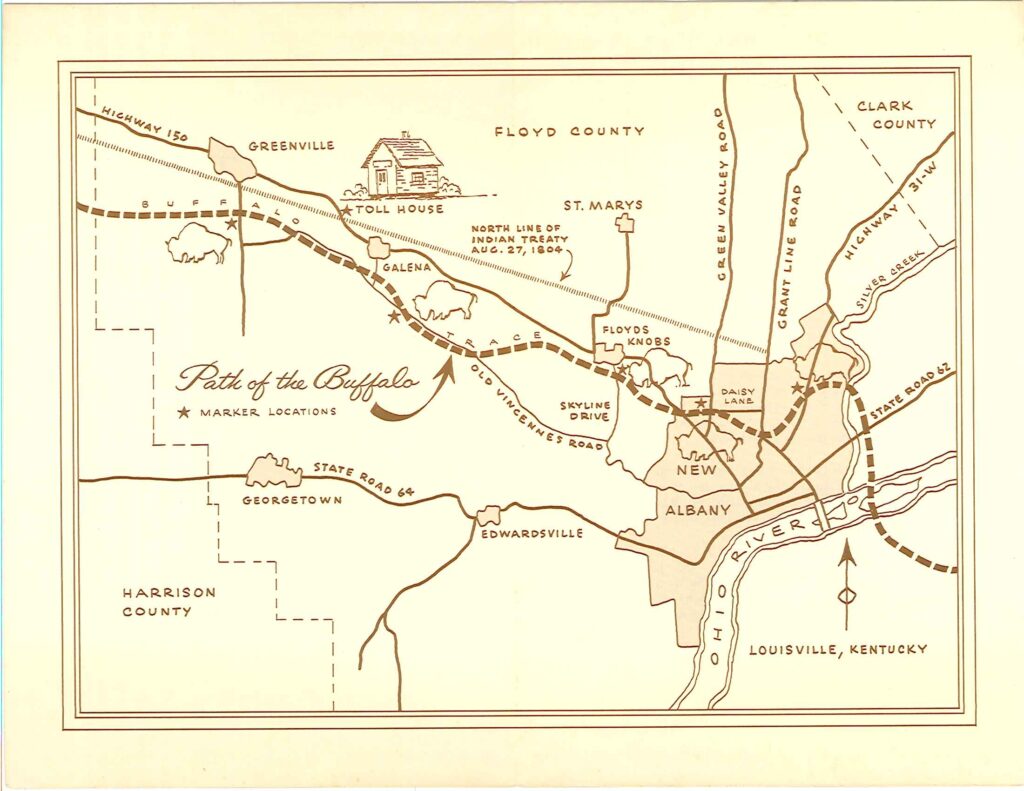 The first civil engineers in Indiana were not humans, but animals whose migration patterns created navigable paths through dense woodlands. One such trail was Buffalo Trace—a bison migration route through present-day Kentucky, Indiana, and Illinois.

At the time, Buffalo Trace was considered a “ready-made road to the west.”

Along Buffalo Trace were the two first Hoosier settlements—Vincennes in 1702 and Clark’s Grant in 1781. Most European settlers flowed into the Indiana territory via the Ohio River before populating the land between the river and the trace.

For the young territory, Buffalo Trace was the most important route for traders, settlers, and soldiers. Today, US-150 loosely follows the old trail, though most of the original trace has returned to dirt.

To view a story map of Buffalo Trace, created by the U.S. Forest Service, click here.

Other early pioneers who came to Indiana did so through the Great Lakes, settling along Lake Michigan to trade with the Miami and Pottawatomie tribes. With no good transportation routes to connect the two settlement areas, northern and southern Indiana were largely isolated from one another.

Shortly after statehood in 1816, the Indiana General Assembly moved the state capitol from the southern border to the center of the state, along the White River.

To connect the new capitol, Indianapolis, to both Lake Michigan and the Ohio River, the Indiana State Legislature commissioned the Michigan Road in 1826 and accepted the route in 1830. After nearly a decade of land surveys, the Indiana General Assembly let contracts for 10-to-20-mile segments be awarded to the lowest bidders, which would ultimately affect Indiana history forever.

The Michigan Road was far from perfect—bridges often washed away, the route was only passable eight months of the year, and the Indiana General Assembly allotted funds for repair almost every year.

Despite its flaws, the Michigan Road was the most important road in early state history. An estimated 50% of settlers in northwest Indiana immigrated via the Michigan Road. Almost all of the original route is still navigable today. To view an interactive map, click here.

While both routes have long been replaced with modern highways, their impact on Indiana’s cities and towns remains.

Do you recognize any of these routes? Have you ever driven on them, or even worked on them during your career? Do they pass through your hometown? Let us know by filling out this form! Help us celebrate 100 years of road building!